Dice rolls in Call of Cthulhu

When a PC wants to do something, the GM might call for a roll to see whether they succeed or (if success or failure is a given), how well they do.

In Call of Cthulhu, the player rolls a pair of percentile dice, succeeding if they roll equal to or below their skill level. The higher your skill, the fewer possible dice results there are above it, so the more likely you are to succeed. 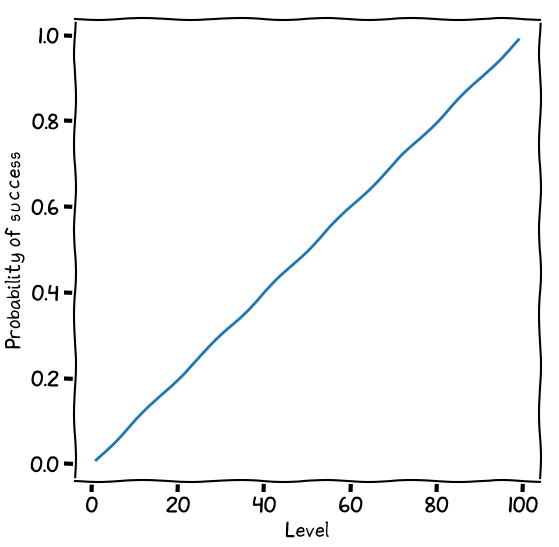 If this was all there were to it, it wouldn’t be very interesting. What if you’re doing something especially difficult? Something that should challenge even an expert?

Let’s say our player character Xander is searching for a book about Yig, the Father of Serpents, in an occult book shop. The GM calls for a Library Use roll, and Xander fails. I guess he doesn’t find the book, everyone go back home.

A player can try to push a failed roll, making the roll again, if they can justify it. This isn’t just a re-roll, time always passes between rolls. So perhaps Xander turns the shop upside down, pulling books out of their shelves, risking being thrown out by the shopkeeper (and not being welcome back) or having the police called on him. The consequences of failing a pushed roll should be worse than for a non-pushed roll. 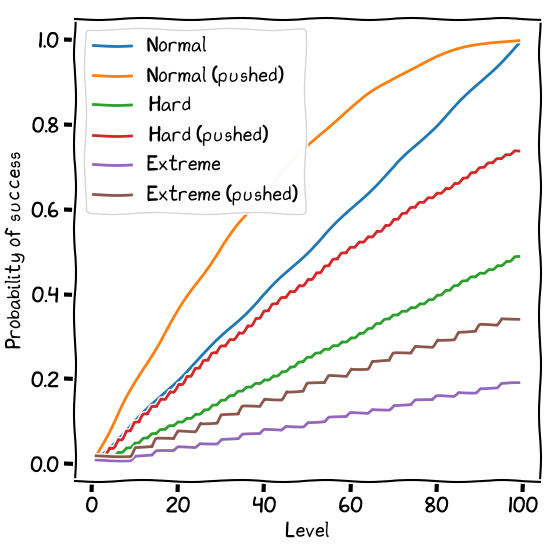 Pushing a roll gives you a better chance at success. It’s no longer linear, there’s a slight curve to the probability.

Perhaps this shop is blessed with an unusually helpful shopkeeper, or a thorough catalogue, or a clear organisation. In such circumstances, the GM might grant an automatic success.

Let’s say that success isn’t guaranteed though, there is still some additional difficulty which puts the outcome in doubt, even though Xander has this benefit.

To represent this sort of situational advantage, the GM may grant the player a bonus die: an additional “tens” die, where the player keeps the better of the two “tens” values.

The “Hard (pushed)” line completely covers the “Hard (with bonus)” line. Each is as beneficial as the other.

On the other hand, perhaps Xander has an unusually hard time searching for the book. Maybe there’s someone in the shop looking for him, and Xander has to not only find the book but also avoid this other person.

To represent this sort of situational disadvantage, the GM may give the player a penalty die. This is exactly the same as a bonus die, but rather than keeping the better of the two “tens” values, the player keeps the worse.

Xander will have a hard time indeed. Even pushing the roll doesn’t fully offset the disadvantage of the penalty die.

Bonus and penalty dice stack, so you could end up with multiple bonuses or multiple penalties.

If a PC goes up against someone significant (another PC, or a major NPC), the GM may call for an opposed roll.

If the skill of one side is over 100 points greater than the other side (this would normally indicate that they’re not human), they automatically win.

Opposed rolls are the standard in melee combat and for resisting spells, but should only be used for particularly dramatic moments outside of that. Otherwise it could become tedious, and introduce an unnecessarily high risk of failing narratively unimportant rolls.

It’s time for an opposed roll! Xander’s POW against the cultist’s!

Let’s say the serpent person is called Yassith. We’ll assume Yassith’s POW is no more than 100 greater than Xander’s. 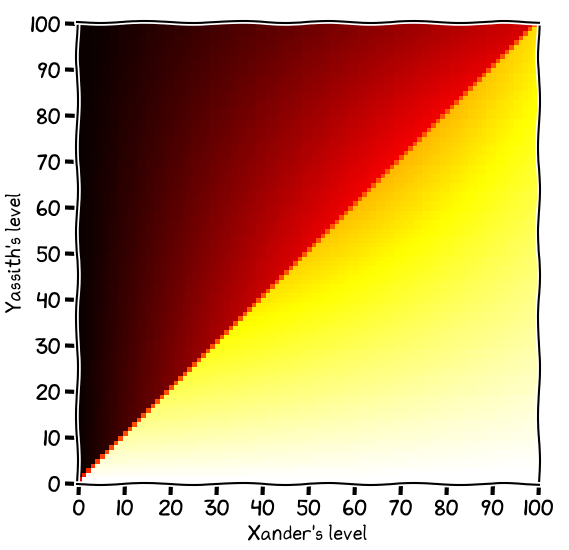 There’s a very visible discontinuity along the line x = y. This is because a tie is only possible when both contenders have the same skill level.

Opposed rolls can have bonus or penalty dice. In fact, the rules say that bonus and penalty dice are primarily for use with opposed rolls, but I’m not sure I agree with that. I tend to think of the difficulty level of a skill roll as reflecting the inherent difficulty of the task (finding a book in a disorganised shop), regardless of conditions in which it is performed, and the bonus or penalty dice account for these extra environmental factors (needing to hide from a cultist).

Xander might get a bonus die if he had a talisman which shielded him from the magic: 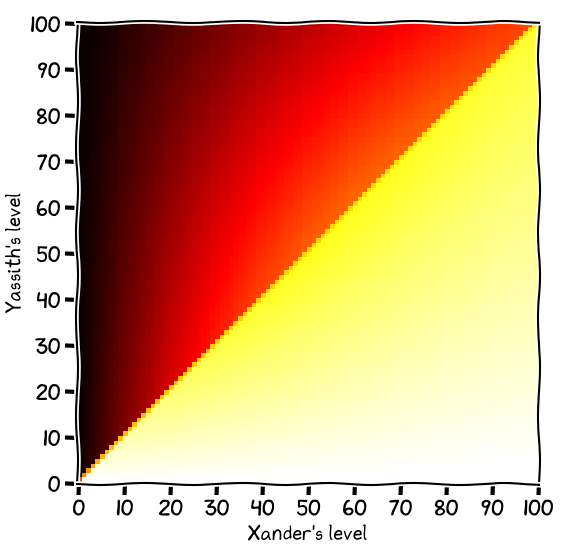 It looks pretty similar, but try comparing it side-by-side with the previous heatmap. It’s a bit brighter.

Alternatively, Xander might get a penalty die if he hadn’t slept well the night before, and was already not at his best: 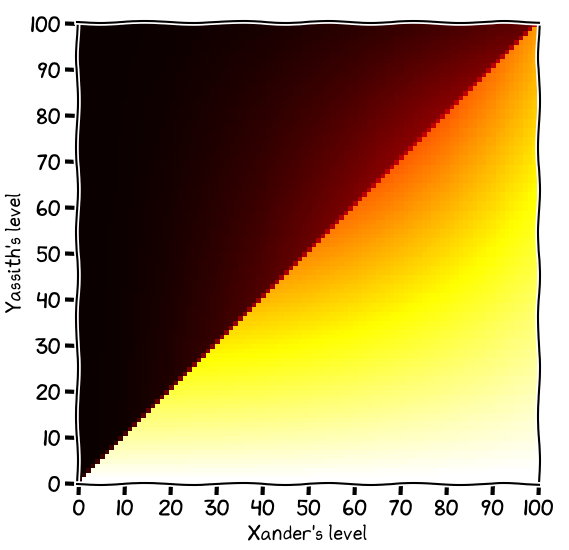 This might all seem like a lot to keep in mind, but I try to remember these four rules: 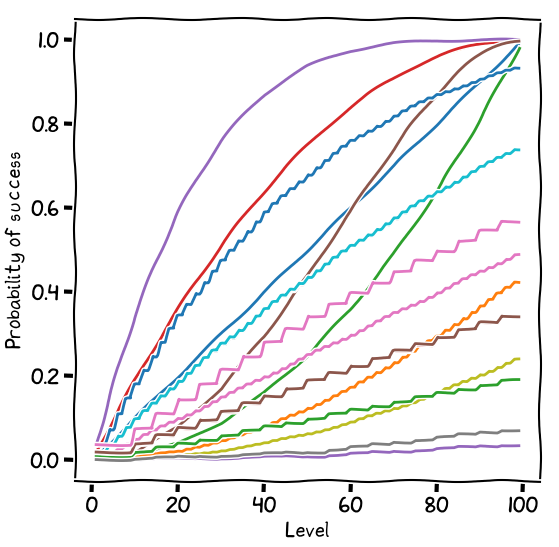