Knock! is a recently kickstarted zine full of goodness from the OSR blogosphere. It’s wonderfully designed, and crammed with information: the inside of the dust cover has a dungeoncrawl, the book cover itself has a demon generator, and the bookmark is a grimoire!

There’s not much original content in this issue, but that’s fine because there’s a lot of great blog posts out there! There’s a call for contributions open now, so we should see more original content that in future issues.

What’s in the book

Most of the book is blog posts and random tables (user adventurearth has put together a list of links on /r/osr), then towards the end there’s 60 pages of maps, monsters, new classes, and a few short adventures.

I’ve found immediate practical use from a few of the articles:

I love this “something to experiment with” from the Dungeon Checklist:

A boat golem that flees from loud noises. You can direct it by standing at the back of it and shouting.

Such a fun image. 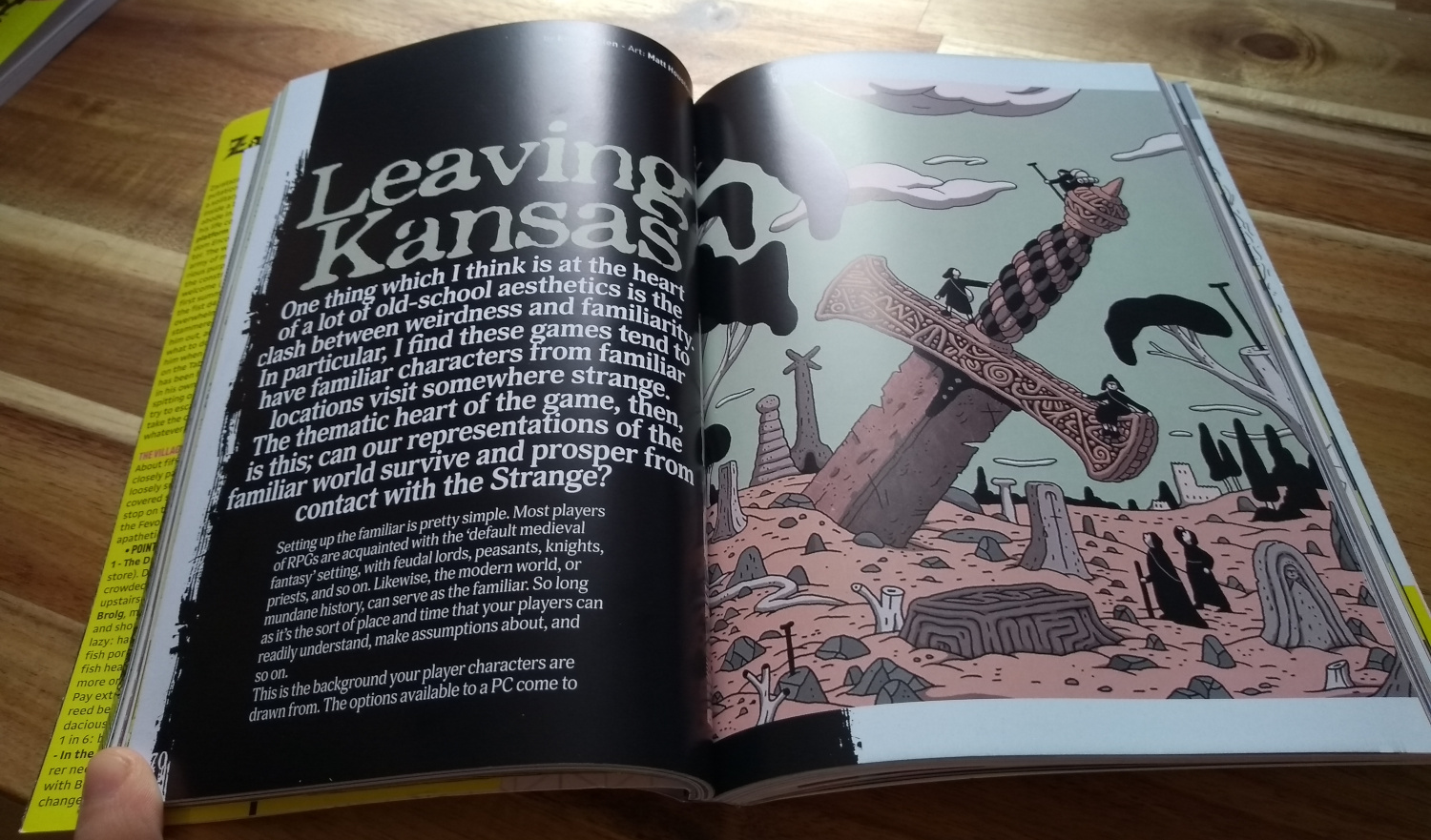 There are a few more “theory” heavy articles, like Leaving Kansas, that I want to return to and think about some more.

Other than in paper size, the book really feels like a magazine. The pages are nice and glossy, there’s art on almost every two-page spread, and each article has a distinct layout.

It might sound jarring, but the art-heavy varied-layout style really works in this case, because the articles are all independent.

Firstly, the spine is printed upside down. Look at it compared to some of my other RPG books: 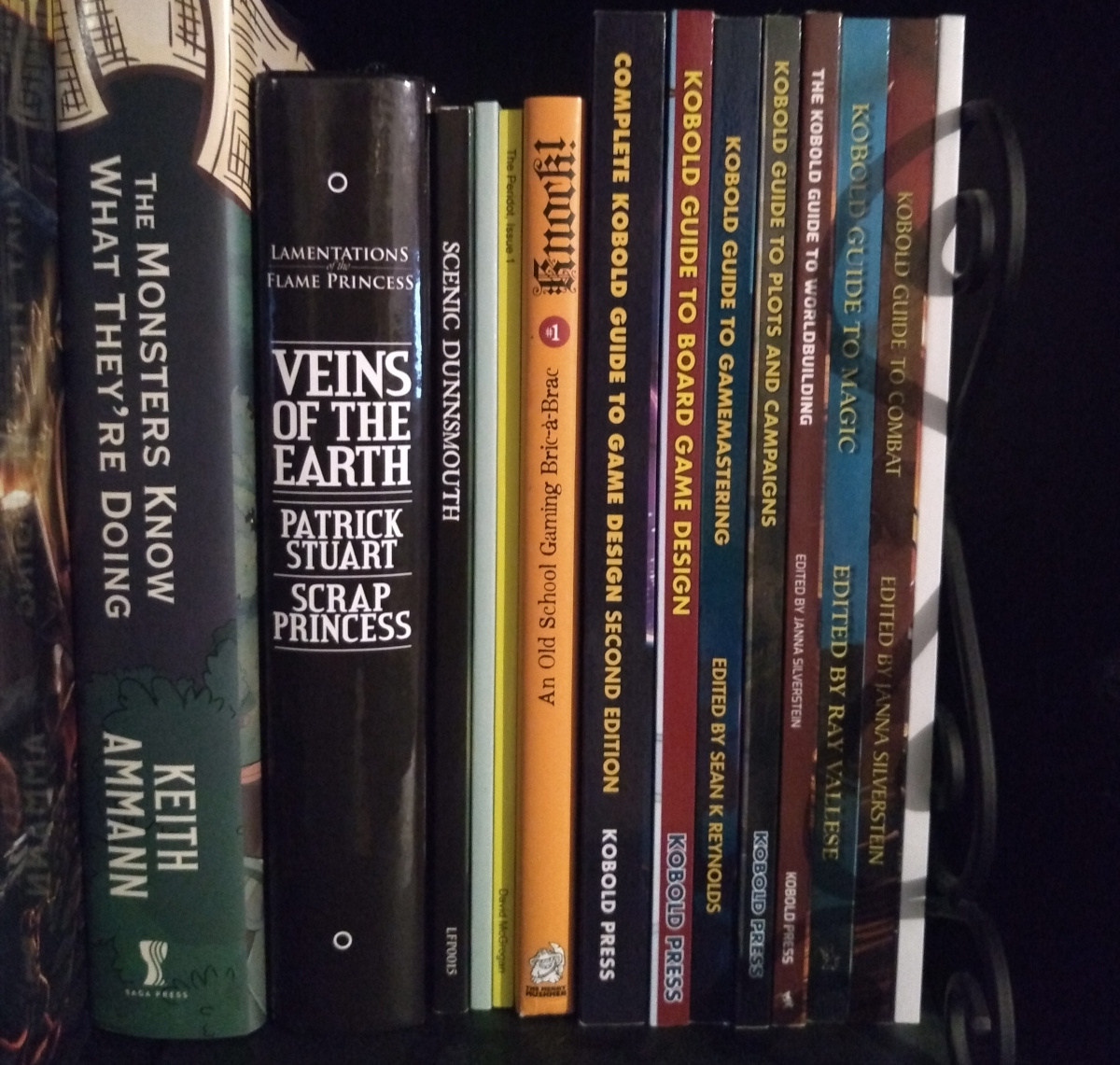 Secondly, there’s a surprising number of typos! It’s clear that a lot of effort went into the layout of this zine, so it’s surprising to me that there are issues like missing spaces or misspelled words. The Useless Magical Loot article is particularly bad for this.

Even the foreword, right at the start of the book, misspells “millenials” (should have two “n”s).

None of these are major problems though, and I’ve seen a few other people mention them, so I hope the editing will improve a bit for issue #2.